Does having my oil changed at Lube City ® Express Oil Change void my warranty?

Absolutely not! All Lube City ® Express Oil Change parts and services are Warranty Approved on all makes and models of vehicles.

The simple and easy answer is to take your car in for an oil change every 3 months/5,000 kms. Think of an oil change as a physical for your car, a chance to have an expert thoroughly look it over and see if everything is O.K 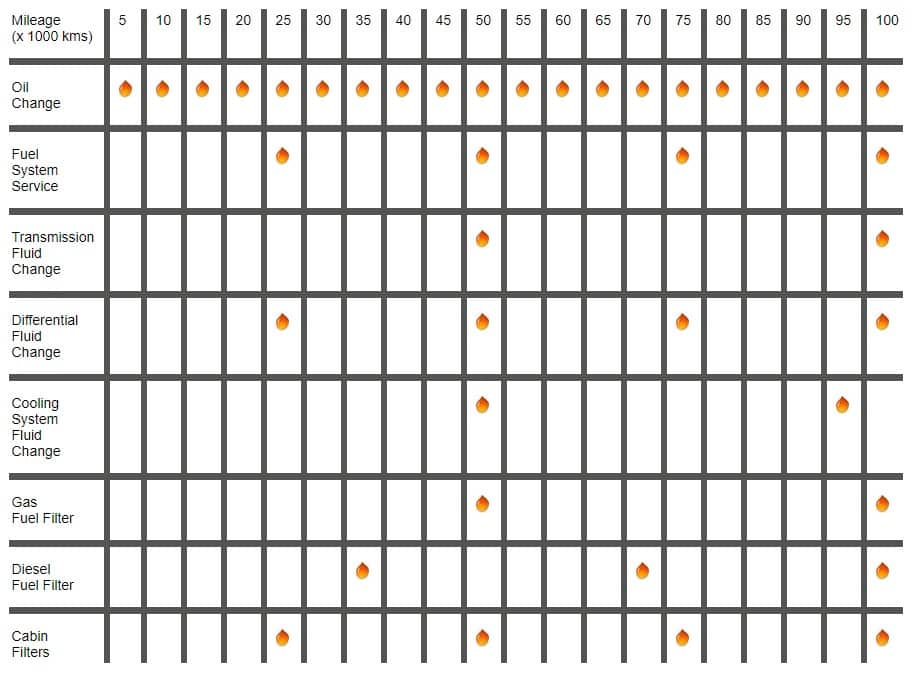 What does Lube City ® Express Oil Change do with my used oil?

Yes! Most automobile manufacturers require transmission fluid changes around 25,000 kms or once per year, whichever comes first. According to the Automatic Transmission Rebuilders Association, nearly nine out of ten transmission failures are due to overheating and fluid contamination. Changing your automatic transmission fluid will help prolong transmission life, by safely removing harmful sludge and varnish deposits, while revitalizing seals and O-ring, therefore protecting your manufacturer’s warranty.

Why not just drain my radiator and add new coolant? Do I really need a flush?

When you drain your radiator, you really are removing only about 50% of the used coolant, which instantly contaminates the newly added coolant. A Lube City ® Express Oil Change Coolant System Flush replaces virtually 100% of the old contaminated coolant, with New Warrant Approved Coolant.

How does coolant wear out?

Engine coolant (antifreeze) has additives that help prevent rust corrosion, scale buildup, chemical breakdown, and the formation of acid, which all contribute to the likelihood of a cooling system failure. Like engine oil, these additives do wear out because of the higher Rpm’s and operating temperatures of today’s engines. It is critical that coolant be replaced before it turns acidic and destroys the cooling system it was meant to protect. For more on coolant systems, see the Automotive Tips section.

How can Contaminated Coolant Harm my vehicle?

Contaminated coolant can cause deterioration of metal components in the radiator, heater core, engine block, plugs and thermostat. Rubber components such as hoses and gaskets react by leaking, causing coolant loss, resulting in overheating and engine failure.

What is the advantage of synthetic oil?

A synthetic 10W-30 oil will look and pour like water, compared to a 10W-30 conventional oil which looks and pours much thicker, but the protection the synthetics offer is superior to a conventional oil. You will get two very important benefits from synthetic oil. You will get oil to the engine bearings quicker on cold starts where it is said much of your engine wear occurs and you will get better fuel economy because the engine isn’t churning and pumping thicker oil.

Do you service Diesel vehicles?

Yes! Lube City ® Express Oil Change uses only warranty approved diesel oils in all our diesel packages. We service a number of fleets and domestic vehicles on a regular basis that use diesel fuel.

What’s the deal with additives?

Use an additive (oil, transmission, radiator, fuel) when you have a symptom to correct. For instance, if you suspect you may have water in your fuel tank, use a fuel additive that absorbs water. A small radiator leak may require the use of a radiator stop leak. If your car is old and uses a lot of oil, use an oil additive that helps to control oil consumption. Ask your Lube City ® Express Oil Change technician for recommendations.

Why does an engine need oil?

Oil is used to provide lubrication between two moving parts to reduce wear. Oil is used to gather or absorb heat from the internal engine parts and carry it away. Oil is also used to flush the metal particles from the bearings of your engine. 90-95% of all mechanical engine wear occurs in the first 10 seconds of a cold engine start up. That initial cold start wear can equal hundreds of kms of warm engine wear. Using the correct oil for the season can increase the life of your engine.

How can I tell if my car is burning more than normal amounts of oil?

Whenever you are looking for an oil consumption problem, you start by changing the oil, logging the kms and checking the dipstick weekly. DO NOT add oil unless the level is AT OR BELOW the add mark. All engines use oil, some more than others and 90% of all engines are MORE than a litre low at 5000 kms. That would mean that at around 3500-4000 kms, they were a litre low. Once you verify that you are using more than a litre every 2500 kms or less and you know you don’t have an external oil leak, you would begin by pulling the spark plugs which will tell you which cylinder(s) is burning the oil. This indicates a piston ring, valve guide or seal problem. If your oil level is still above the add mark at 3500-4000 kms, everything is fine.

My car is blowing smoke. What does that mean?

Black smoke is raw gasoline burning. A rich condition can be the cause by a heavy or mis-adjusted float, a choke stuck shut, a bad oxygen sensor, a bad map sensor, a bad fuel pressure regulator, a plugged up air filter or a bad injector. Typically, if you only get black smoke first thing in the morning, it has to do with the choke or the fuel enrichment portion of your fuel injection system. If you get black smoke all the time, get it fixed NOW. If you don’t, you run the risk of wiping out the catalytic converter and doubling your repair bill.

Blue smoke is oil burning. The tailpipe will either smoke all the time or just once, first thing in the morning. If you get blue smoke all the time, that is a sign of impeding doom. That is the first sign of the beginning of the end. Broken rings, bad pistons, damaged cylinder walls, all high dollar items. On the other hand, if all you get is a puff or two first thing in the morning and never again throughout the day, then your problem is probably bad value guides or value guide seals.

White smoke is either the transmission shift modulator is bad and allowing the engine to suck and burn transmission fluid (minor repair) or it’s really, really bad. White smoke could also be coolant or antifreeze that is either leaking, or being forced into the combustion chambers and being burned. The exhaust will look wet and have a sweet smell to it. A bad head gasket (75% of the time), a broken head (15% of the time) or a broken cylinder wall (10% of the time) will be the reason your engine is burning coolant or antifreeze.